~~Joanie started life in Oklahoma, singing, dancing, and playing mostly for her own enjoyment. One day, along came Steve and danced her to Arkansas, where she found Mim, Julie Minkel and Marya McKee. These four women discovered they loved to sing together and formed Sugar on the Floor, a traditional group now known for their vocal harmonies and high energy percussive ballad

accompaniment. Then, lo and behold, from this fertile ground grew yet another tree, Ozark Footsong. To both groups, Joanie contributes her strong clear voice, her guitar, and rhythms by way of washboard, foot and body percussion to create a unique and powerful ballad style. When not on the road, Joanie performs and teaches from her home on the mountain, surrounded by her family and friends. Life doesn't get much better than that.

She is a regular teacher at the Ozark Folk Center, a cultural center for the traditional arts. She teaches  harmony ballad singing, old time couple dancing, including waltz, two-step, polka, schottische, and hambo. 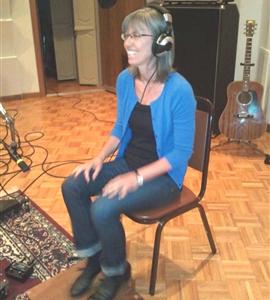 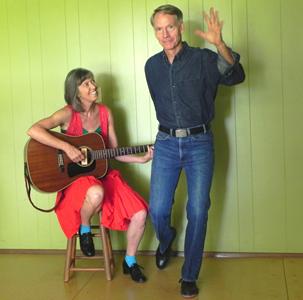